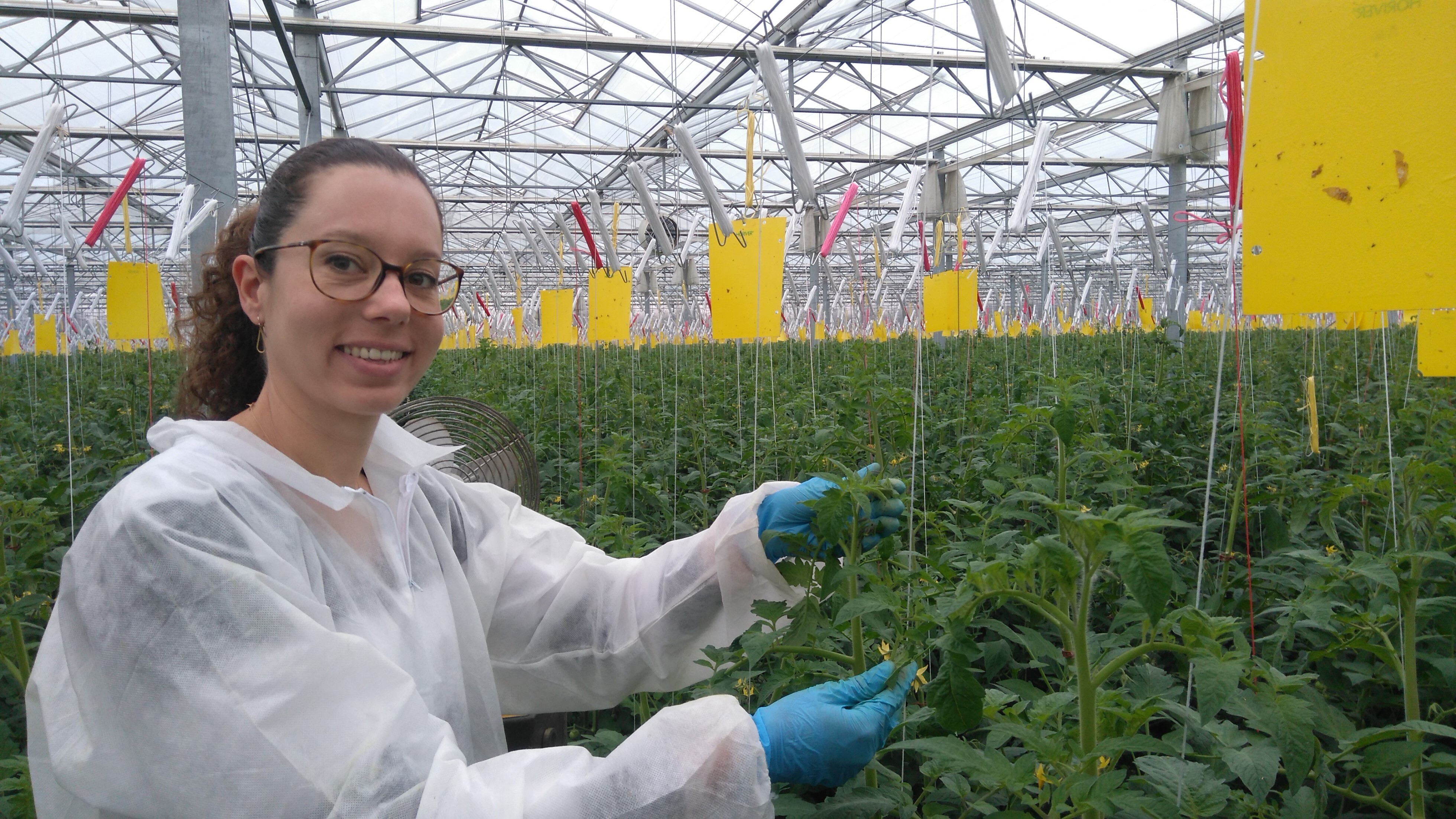 Koppert’s nematode product, Capsanem, is considered the ‘reference’ solution against Nesidiocoris tenuis in France; especially this year when the pressure is really high, with Nesidiocoris showing up in crops from February onwards, which is really early.

Nesidiocoris tenuis is a bug that has been a problem in France for a good 10 years. It causes significant damage, particularly to tomatoes, and seriously disrupts biological equilibrium.

SCEA de Fontanel was one of the early Koppert France customers and still is, using many of Koppert’s IPM solutions, including Capsanem to control the Nesidiocoris pressure.

‘We produce five hectares of tomatoes, through direct and hydroponic cultivation, in Châteaurenard near Marseille, and have done for four generations. We have to control Nesidiocoris because it is very strong in this sector,’ says co-manager at SCEA, Bélinda Gaillet. ‘Capsanem appealed to us due to its biological protection qualities. Additionally, as a macroorganism, there's no waiting period. These are major assets on our farm, which has been practising IPM for as long as it has existed in France. We saw that it was effective. We have used Capsanem on several blocks to regulate the bug and have tried several application methods: the small backpack sprayer directed at the head of the plant in a very localized way, and also the treatment robot, which is used by blocking the lower nozzles so that it acts only on the head and avoids our Macrolophus. Capsanem is a valuable ally!’

Audrey Vignaud is Koppert’s technical head of the consultant for the South East Region of France: ‘We recommended the beneficial nematode Capsanem in combination with an adjuvant to tackle Nesidiocoris. Tests were run by Koppert Spain in breeding cages in Almeria, demonstrating the interest in the method that we have validated in the field. The results are very clear. It is very effective on the larvae. The nematodes also act on Macrolophus, which is biologically very close to Nesidiocoris. Therefore, Capsanem must be aimed at the top of the plant and run-off must be avoided. We honed our recommendations to try to affect Macrolophus less. It is a delicate balance, but Capsanem means chemical treatment can be avoided, which is the objective of many companies.’

The nematode protection method for Nesidiocoris was eagerly awaited by producers in the South of France, but also, more recently in the north. ‘We had reached a technical impasse with this bug, especially in the “zero residue” programs. Capsanem is a powerful tool for managing Nesidiocoris,’ Audrey Vignand concludes.