The tobacco whitefly (Bemisia tabaci) belongs to the family Aleyrodidae, and the sub-family Aleyrodinae. This insect was first identified on tobacco in Greece in 1889, hence the name tabaci. It has subsequently been found in most tropical and subtropical countries of the world. The original habitat was probably a tropical or subtropical area, possibly Pakistan.

The tobacco whitefly (Bemisia tabaci) has an enormous host range and has affected an extremely wide range of crops throughout the world. It causes damage in (sub-)tropical areas especially. The tobacco whitefly (Bemisia tabaci) is feared because of its high level of resistance to many insecticides and its propensity for the transmission of viruses.

The tobacco whitefly (Bemisia tabaci) goes through six stages, namely egg, first, second, third and fourth larval stage (often referred to as ‘pupa’ although strictly spoken this is not true) and adult. The larvae are found on the underside of young leaves and have an oval shape. The first instar larvae (crawlers) are mobile, whereas the rest of the larvae stadia remain flattened on the leaf. The fourth larva stadium develops into a yellow, almost circular so called pupa, in which the red eyes and white wings of the adult are already clearly visible. These pupae are found on the oldest leaves.

The adult emerges from the pupa via a T-shaped fissure. The adult whiteflies are often scattered over the entire plant where they deposit their eggs. This is why on one leaf all different developmental stages can be found together. When shaking infested plants, adults will first fly, then return to the underside of the leaves. The adult tobacco whitefly (Bemisia tabaci) has well-developed piercing-sucking mouthparts and begins to feed on plant sap very soon after emerging. The insect is covered with a white waxy substance.

The larvae of whitefly need a lot of protein for growth, and thus consume a large quantity of plant sap. This contains a high proportion of sugar, and the excess is excreted as honeydew, with larger larvae expelling large quantities. The damage that whiteflies cause to a crop is the result of sucking out the sap from the plant leaves and secreting honeydew. This can have the following consequences: 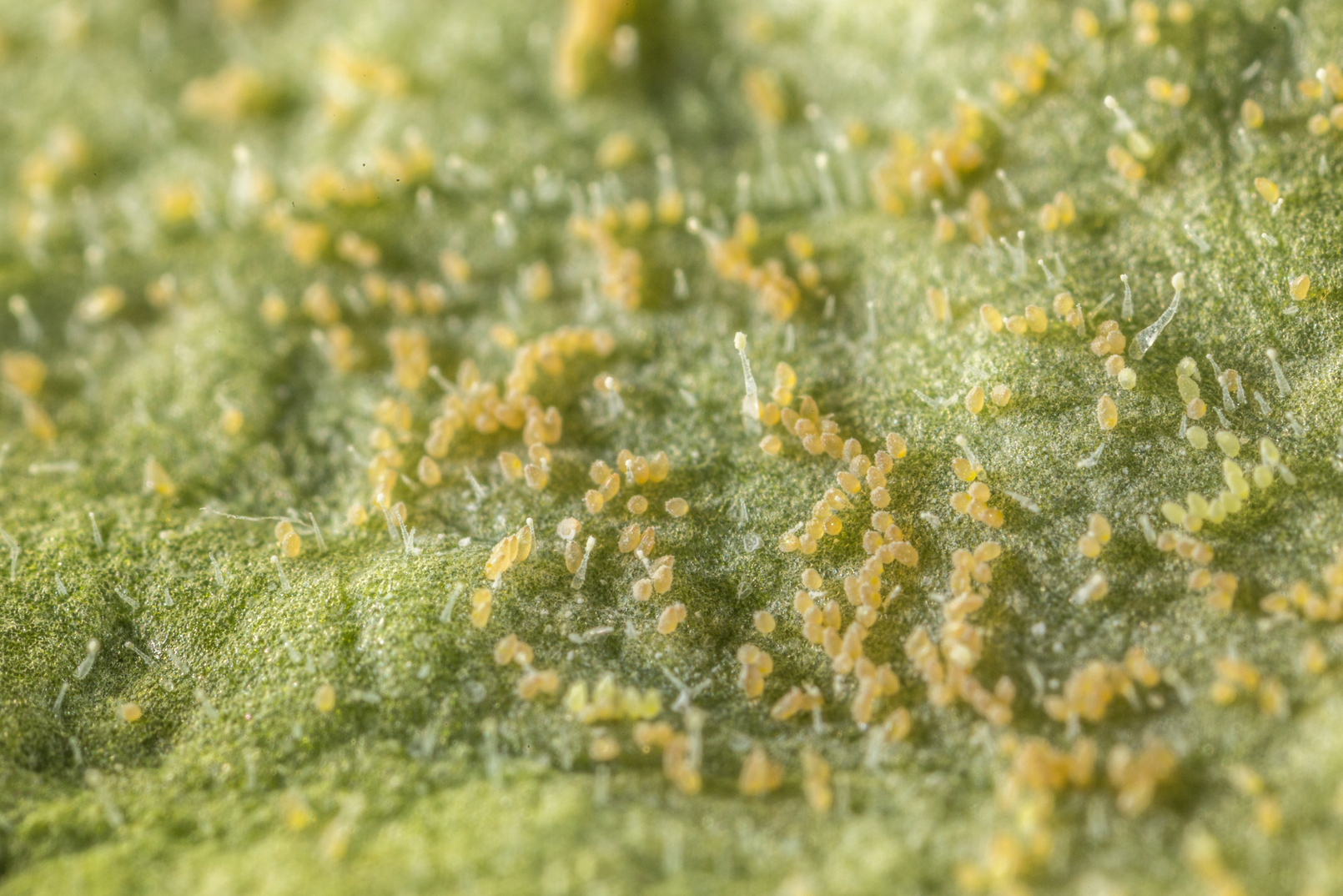 How to get rid of Tobacco whitefly